46% of European Countries have Witnessed a Growth in Golf Participation

Despite concern from golfers over the sport’s future, the latest KPMG Golf Participation Report for Europe has demonstrated that golf participation across Europe has seen overall growth in Europe in the past year as a sport, some all important reassurance for golf enthusiasts.

In Europe, there are 4.1 million budding registered golfers which makes up 0.9% of the European population; a rise of 2% from the year before. This is somewhat due to numerous initiatives across countries aiming to promote inclusion in the sport.

Nearly half of all European countries (46%) have witnessed a growth in participation, whilst 19% saw a decline.

These figures are notable compared last year, where only 30% of countries saw growth and a third saw decline.

England saw a 4.44% increase in spite of the closure of 16 golf courses across the country in the past year, despite seeing a fall the previous year.

It also remains the number one destination for golf, with 694,623 active participations and 1,907 courses and is still followed by Germany and Sweden. The birthplace of golf, Scotland, features in 7th place but unlike England saw a decline in participation (a drop of 3.37%). 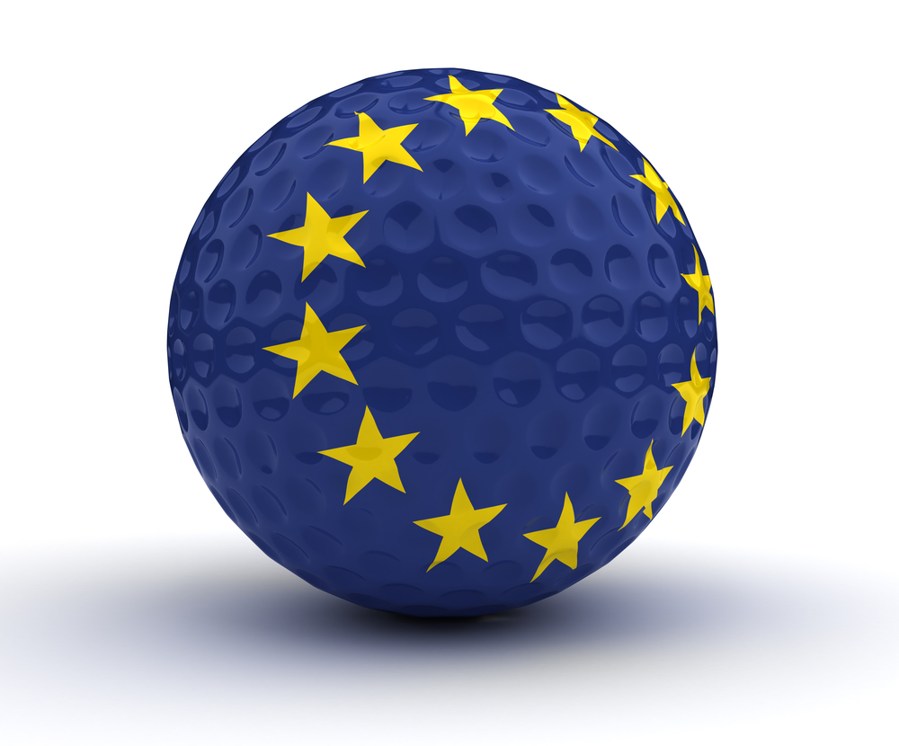 Out of all European golfers, 67% are male, 25% are female and 8% are juniors. Comparatively, the UK has a much higher proportion of male players; the sixth highest at 80% and female players only make up 13% of the UK’s golfers.

When compared to countries such as Slovakia, whereby women make up more golfers than men (at 45%) the golf is lagging behind in female participation and the disparity is relatively wide.

Slovakia is the first country in Europe with more female players than male. In Germany, Austria, Liechtensten and Switzerland, women make up over a third of registered golfers. 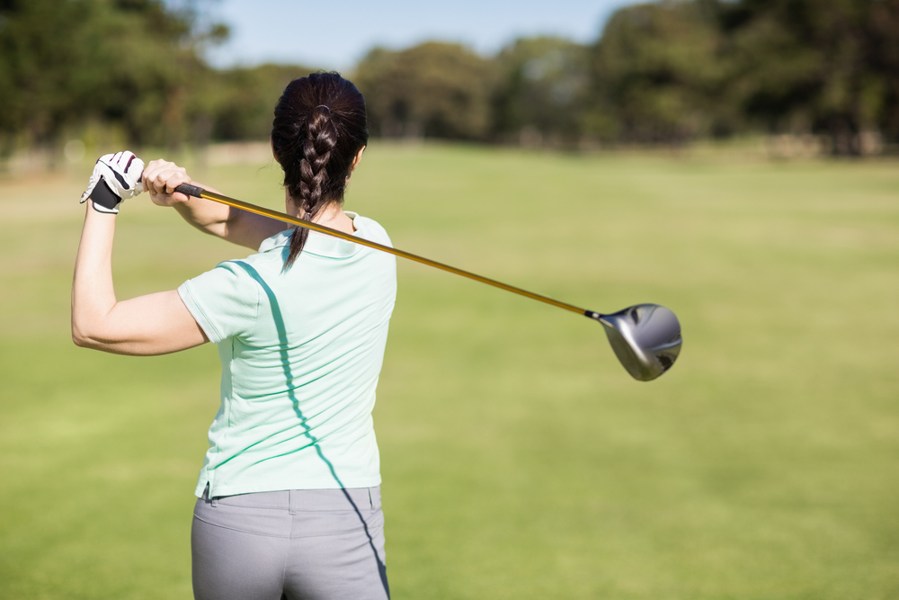 A small yet experienced group of amateur golfers have pushed golf in Armenia, campaigning to build popularity for the sport. Furthermore, earlier in 2017, the National Golf Association of Armenia became the 151st affiliate of the R&A, which has helped grow interest and strengthen the game in Armenia, along with heightened economic growth and stability in the country.

Slovenia has seen an increase in participation and efforts have been made to grow the sport, partially as a way to attract tourism to the country, with its beautiful mountainous scenery.

The 4.44% increase in the UK could be attributed to several campaigns in boosting participation. One recent campaign by retailer American Golf supported by England Golf and 1,500 clubs around the UK and Ireland has launched an initiative to offer everyone in the UK three free rounds of golf at their local course and free lessons in their stores with a PGA professional. 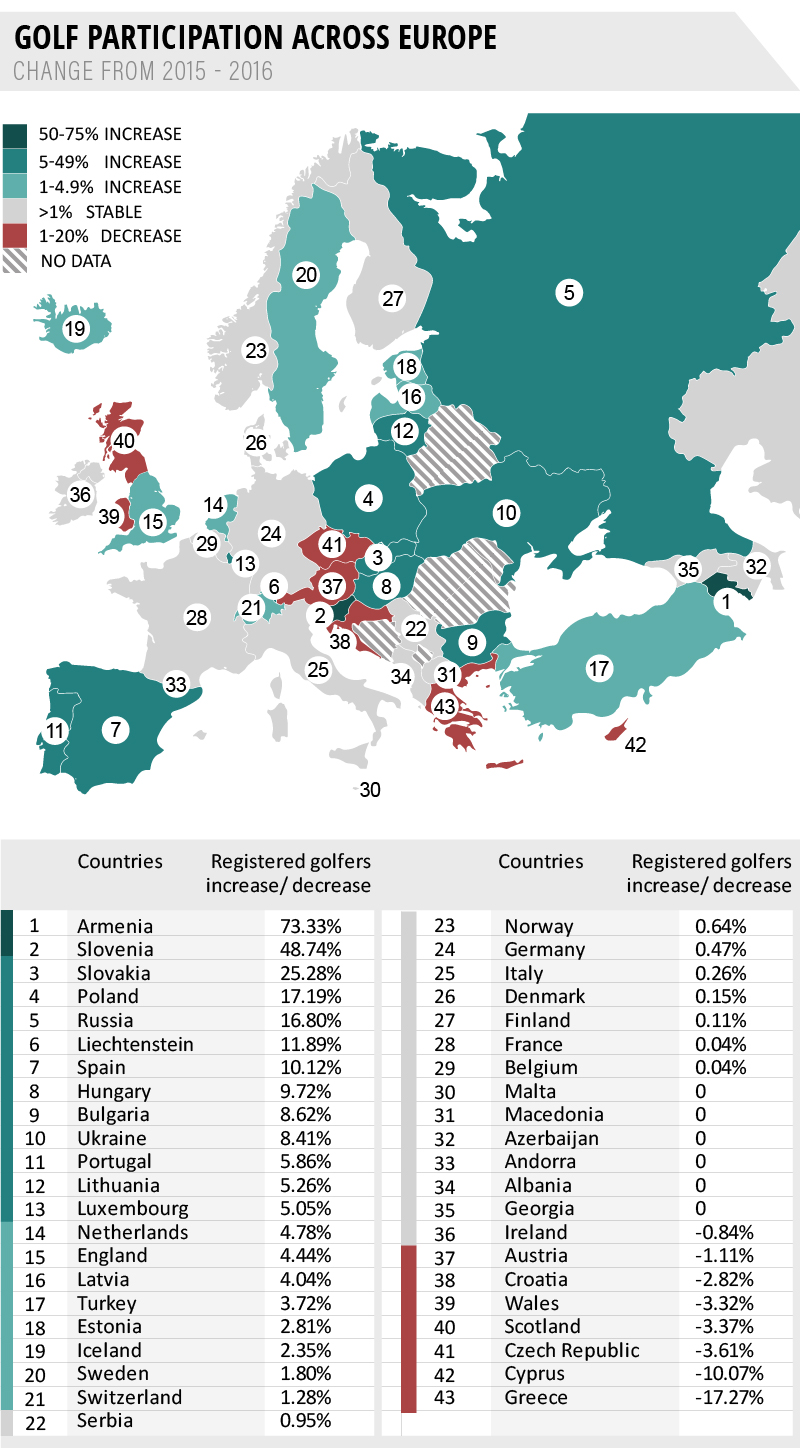 Scotland saw the biggest decline (19%) in golf courses in the past year, followed by England (16%) and Ireland (4%). Germany and Portugal saw the largest increase (5%).

These closures are largely due to a fall in memberships instead seeing an increase in sporadic pay-as-you-go play and clubs subsequently not making enough money to maintain courses to the acceptable standard.

“In the 2016 report, we observed a fall in participation from the year before which was disappointing, therefore it was good to see some growth this year. The UK is the birthplace of this fantastic sport and it’s really upsetting to hear golf clubs are closing across the country, with a lack of youngsters taking to the sport.

However, the initiatives and campaigns are great and very effective to elevate the participation in golf and I believe we will see participation continue to rise, as more have the opportunity to try it out.” 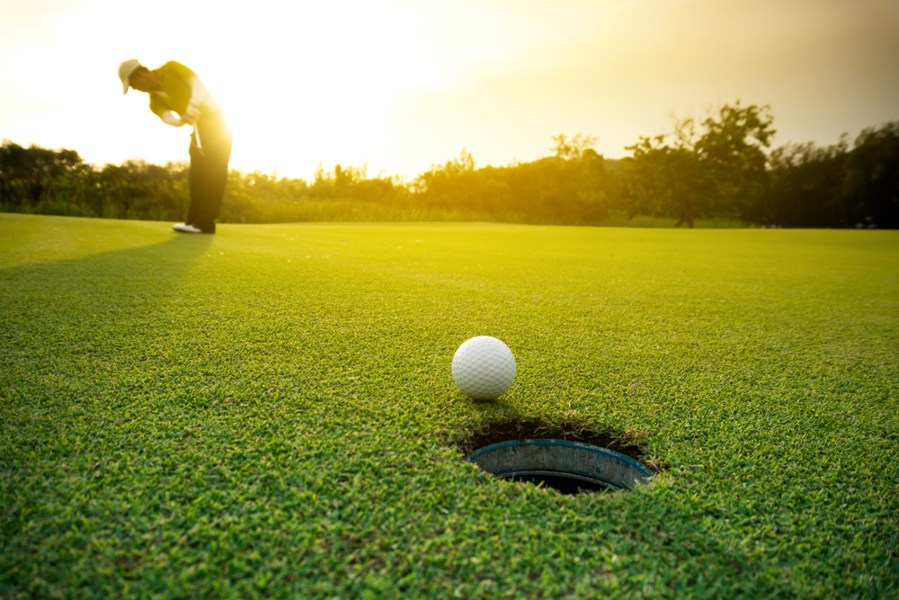 The report therefore reassures many a golf player that the sport, despite all its battles, is not heading for extinction any time soon. The vast majority of countries either seeing growth in participation or stability. The initiatives and campaigning have been working, and hopefully in the next report we will see another increase and boost for this wonderful sport.