Wilson Staff has unveiled their all-new D9 Graphite Irons, and what a gorgeous iron it is. The game improvement iron that you have all been waiting for, packed with new features and concealed in an aesthetically pleasing player's iron that you will love from the outset. Wilson's lowest ever centre of gravity iron that increases launch angles and produces a steeper angle of descent for the ultimate greenside control. Strategically placed urethane filled power holes allow maximum face flex for improved speeds and an expanded sweet spot that would be hard to miss.

Graphite shafts play lighter, which increases swing speed to produce added yards in every iron. The amount of vibration is also reduced compared to steel shafts. PGA Tour players are also recently finding benefits from using graphite shafted irons, The latest player to be spotted is the laid back American Jason Dufner. Graphite shafts are also beneficial to senior players and golfers who have lost a few yards over the years for various reasons.

Using a revolutionary approach to iron design, The Wilson guru's painstakingly compared hundreds of D9 head shapes and power hole layouts in the pursuit of game-changing performance. D9 Irons launch higher and spin lower to deliver exceptional stopping power for pin peppering accuracy. These irons are aimed at golfers who want to improve their game whilst adding extra distance and feel. They are fitted with a Lamkin Crossline Genesis grip and the desirable Tensei silver Graphite shafts. Stock sets are either 5 to PW or 5 to PW + SW. and are available to right-handed golfers. As usual Wilson Staff has designed a gorgeous looking iron that any level of golfer would be proud to wield. The Graphite Tensei silver shafts really do look the part. 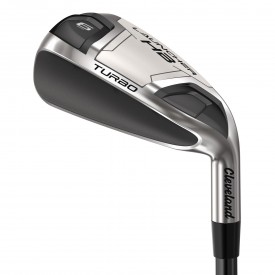