The all-new Titleist T100 Graphite irons feature even more refinements thought thousands of hours spent in Tour pros hands and passing that valuable information on to Titleist's engineers to work their magic. It's the #1 Iron model on Tour for a reason.

Graphite shafts are much lighter in comparison to their steel counterparts, the lighter weight enables the player to produce greater swings speeds for more power, which in turn provides greater yardage. Graphite shafts also provide awesome looks and added player appeal. Many Tour pros now play with graphite shafts, reaping the benefits they yield. Graphite shafts are also beneficial to senior players and those players who have lost a few yards for varying reasons. The ultimate player's graphite iron set, you won't be disappointed!

With a fully forged feel and a more versatile sole design, it looks and plays exactly as the Tour leader it is. By working with Titleist's Tour players who are more accustomed to feeling the perfect turf interaction, engineers were able to produce a new variable bounce design that has been verified as the best feeling ever produced by Titleist. By using dense D18 Tungsten weights, and a 2000deg brazing process used in aerospace construction, Titleist's engineers were able to eliminate weld points and be even more precise with COG (Centre of Gravity) placement. Coupled with the fully forged dual cavity T100 construction, players get modern engineered performance allied with a solid forged feel that we demand in a premium iron.

The all-new T100 face features a unique continuous cradle construction that provides a seamless striking surface and a more uniform leading edge. The 4 iron to 7 iron faces have been redesigned to impart slightly more spin for improved shot-shaping and stopping power. Every opportunity has been taken for further improvements. The new T100's give precision control and an unrivalled feel that we have come to expect from Titleist. The player's iron got even better! 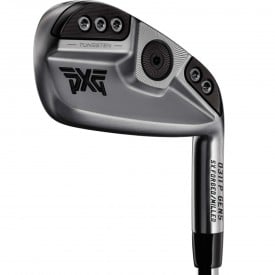 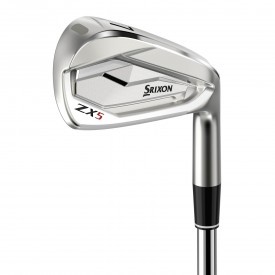