The Evolution of Golf 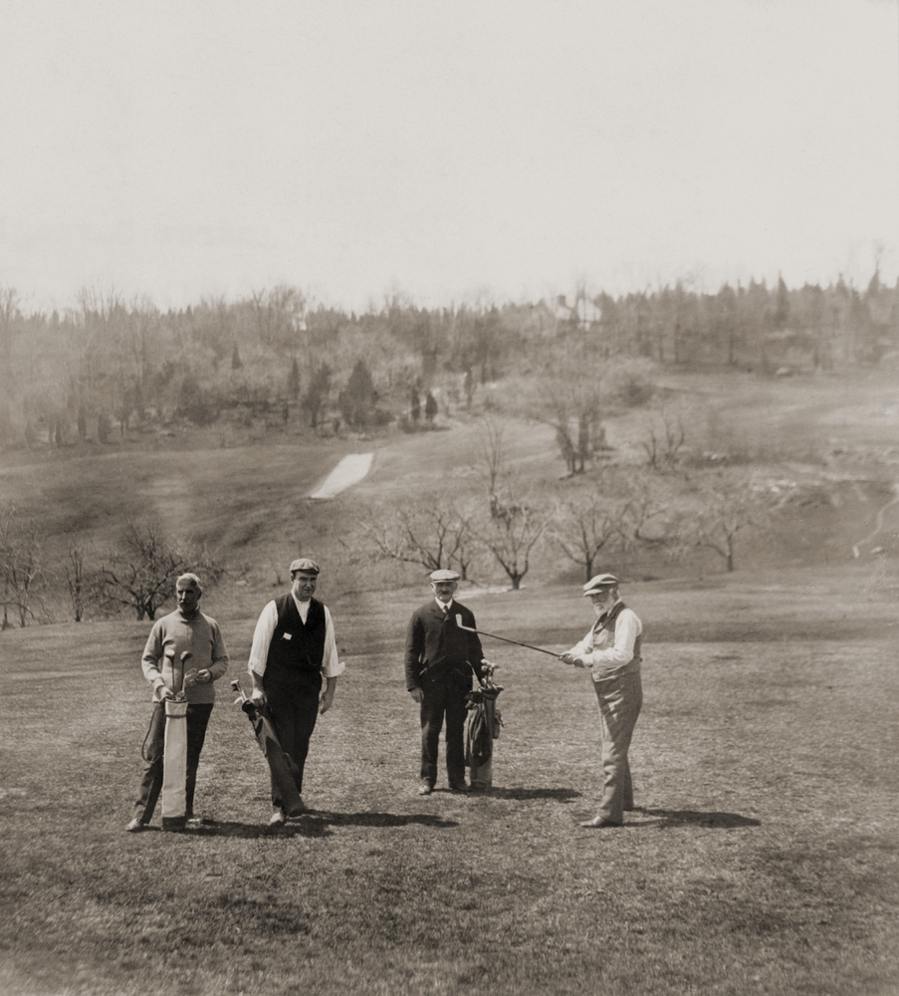 The likes of President Trump may be monopolising the associations made with golf these days – and all other notable figures before him – but the history of the game does, in fact, have a considerably longer history; eight centuries, to be precise. This blog post looks back at the evolution of golf, and how the game became what it is today.

Dating back to the 12th century, Scottish monarch, David I set aside rough landscapes for public use. Yet – true to today, in which it is often seen as a game steeped in luxury – it required a social class with the time to play and income to afford equipment to take it off the ground. Thanks to the accessibility afforded by technology and mass production, however, it is a game no longer restricted only to the elite.

Golf was banned in 1457 due to a decreased interest for sports, such as archery, which lended themselves more aptly to military training. Thanks to James IV, however, who was a fan of the sport himself, the ban was lifted in 1502. As golf increased in popularity, King Charles I picked it up in England whilst Mary Queen of Scots was known as the first female golfer. It was she, in fact, who coined the term ‘caddie’ in reference to the French military cadets who assisted her while she played.

In 1774, the Company of Edinburgh Golfers established the first golf society and published the 13 standardised rules of the game. A big step in the evolution of golf as a game. Just a decade later, St. Andrews established its own club – which is still the rulemaking body for all golfers outside of North America. The first golf club outside of the UK was formed in 1786 in Charleston, America.

Modern tournaments began more than a century later in the Scottish town of Prestwick, and the Open Championship was born a year later. It was first televised in 1953.

Starting out as a caddie, Tom Morris later won the first Open and eventually went on to devise the modern system of two loops of nine holes. By the end of his life in the early 20th century, golf had assumed its now familiar form. 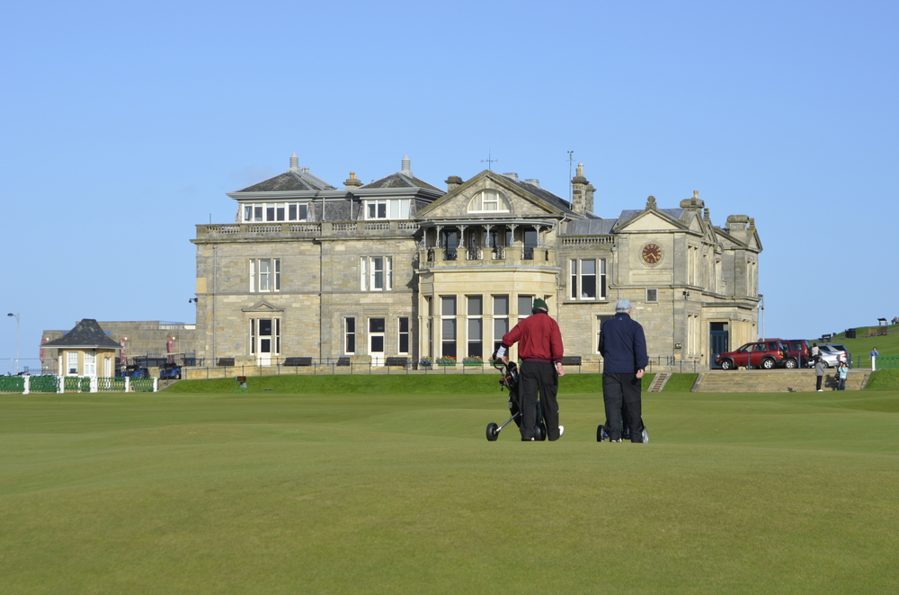 The evolution of golf equipment

The history of golf balls goes back quite a long way – before the birth of resilient white dimpled spheres – when balls consisted of pebbles, hard wood, leather bags stuffed with feathers (‘featheries’) and dry sap from a tropical tree which was heated and shaped (gutta-percha). Another golf essential – the club – also went through a range of transformations as wood and metals were experimented with. Dimples came about after players noticed that the more marked their balls got, the further they traveled. Today, balls – consisting of rubber cores and plastic casing – are made of two to five pieces as this construction helps players increase their distance whilst hybrid clubs are also said to improve performance.

The first documented portable golf tee was patented by two Scottish golfers in 1889 and it consisted of three vertical rubber prongs which lay on the ground. A British patent was granted in 1892 for a tee that pegged the ground – paving the way for the modern tees of today.

Golf bags first came into use in the 1880s, whilst ‘The Beast of Burden’ was the old nickname for the caddies who used to carry the equipment. The first powered golf car was invented in 1962. 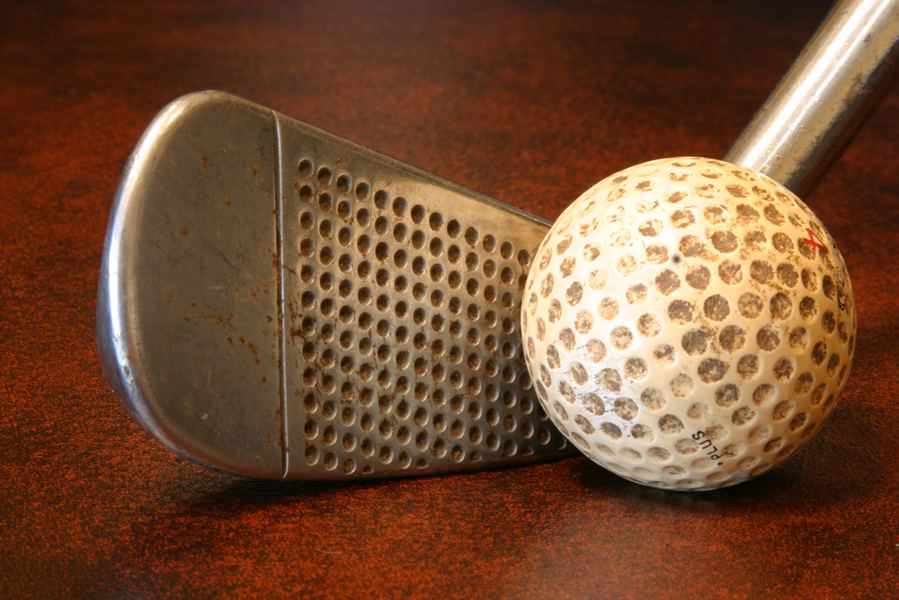 The evolution of golf clothes

The evolution of Golf attire can also be witnessed over time– and it is often seen as important as the game itself . Men’s golf clothing also dates back to the early 20th century and the stylish outfits worn which consisted of formal shirts and ties. Due to a heat wave in 1933, this relaxed as players ditched the formal dress for lighter fabrics such as flannel, whilst polos hit the scene in the 1950s. Golf shoes have become expertly crafted to be water proof and include additional padding and support whilst other recent updates include cardigans, vests and ties as style remains a strong component of the sport. 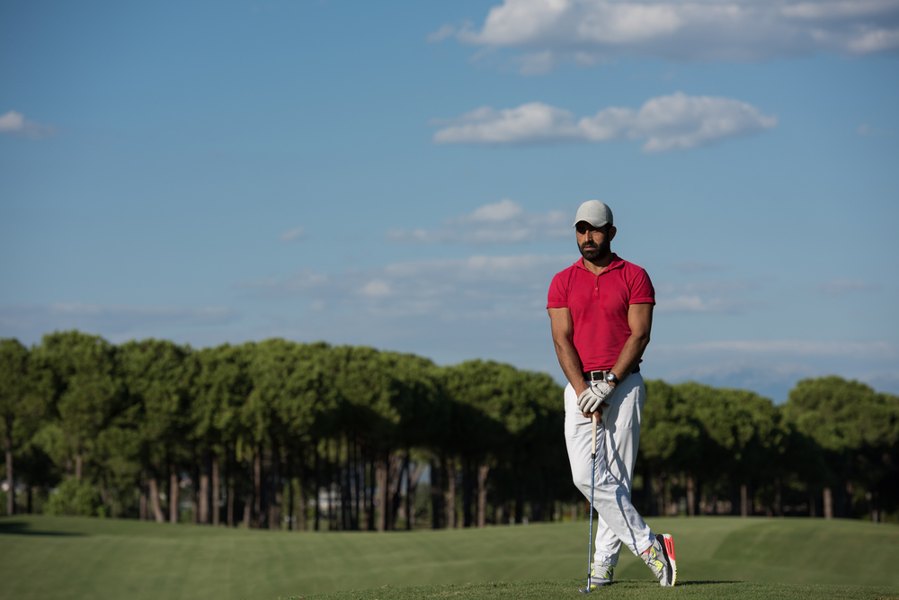