Abandoning your wife time after time to play a round of golf is just asking for trouble, right?

Although the average person may think more time on the golf course means less time spent with loved ones (and hence a strained marriage) this – in fact – could not be further from the truth….

Recent research done by golfsupport.com has revealed quite the opposite:

Turns out that golfers actually have the happiest marriages, and lowest rates of divorce.

500 golfers wives (who’s husbands visit their golf clubs at least once a week) and 500 non-golfers  wives were asked to rate their marriage satisfaction on a scale of 1-5 (5 being the highest level of satisfaction, 1 being the lowest).

78% of the golfers wives rated their satisfaction as a 5, compared to 59% of non-golfers wives.

This was closely followed by 15% of golfers wives rating their marriage satisfaction as a 4 compared to 12% of non-golfers wives.

See the visual data below for yourself:

Golfers’ wives marriage satisfaction on a scale of 1-5 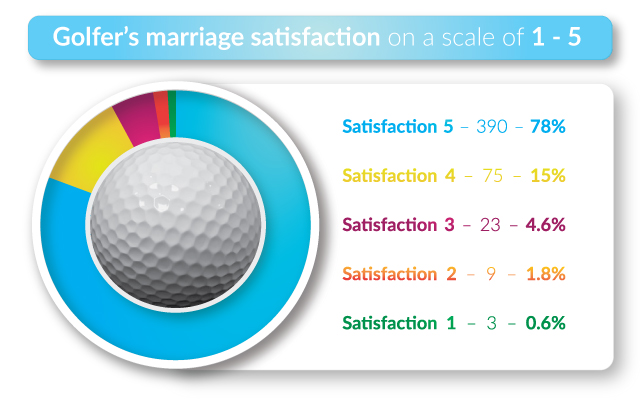 Non-golfers’ wives marriage satisfaction on a scale of 1-5 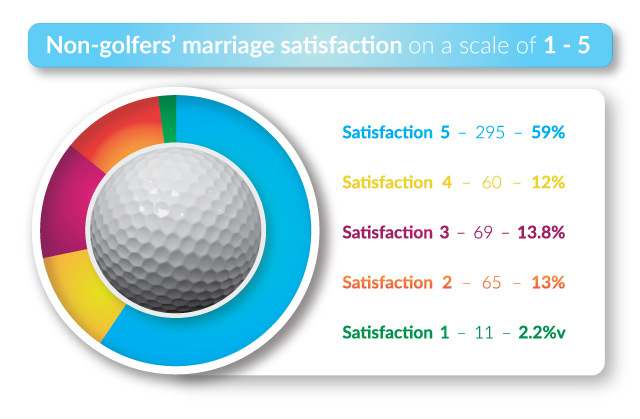 88% of golfers asked spent more than 4 hours each week playing golf and 100% played at least once a week.

See more of our unique research on our blog or browse our wide selection of golf equipment (including golf clothing, shoes and more!).