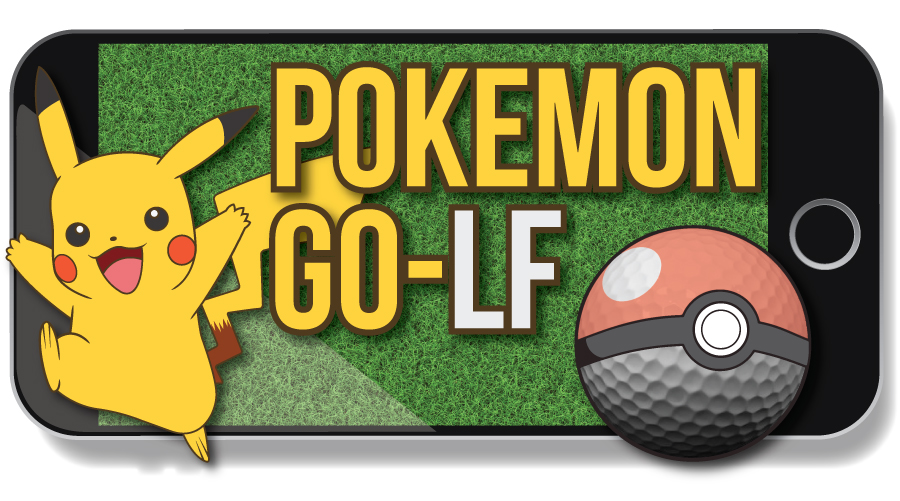 The world has gone Pokemon mad, and we thought we’d get in on the action. The new mobile app creature-catching craze was released in the UK yesterday. Although many people had downloaded it before it was even available on the App store. So I know what you’re thinking, how can golf and Pokémon Go crossover? More than you’d think!

Pokemon Go – how does it work?

If you ever played the popular Nintendo game as a kid, then you know the deal. You gotta catch ‘em all, and that’s essentially the idea of the new mobile game from Niantic. Except there’s a whole bunch of exciting new features. The biggest change, is perhaps the augmented reality. Think Snapchat mixed with Pokemon. Using the back camera of your smartphone you can see the imaginary creatures pop up in the strangest of places, and in real life. And there have already been people reportedly ‘breaking into’ golf courses late at night to chase the elusive Pokemon.

The new format has been highly successful already. In its first week of going live, total users surpassed Twitter users in America. Nintendo’s shares have also gone up by over 50% since the games release only one week ago. That’s the impact this little app has had already and it’s going to get way bigger.

Mixing Pokemon Go with your golf

So with the new game, comes new challenges. Nintendo have always tried to get players to interact with each other and to get active. Take the Wii console for example. It was the first interactive games console that encouraged people to get up and move. Now Nintendo are encouraging players of Pokemon Go to go outside and explore their neighbourhoods and socialise with their friends.

The way you can combine your golf with your gaming is quite simple. Pokemon Go lends itself to walking around and exploring outdoor environments. In fact, as part of the game, you collect eggs which require you to cover a certain distance to hatch them. Some 2km, 5km and some 10km. So you could effectively hatch a number of eggs in a single round of golf just by carrying your smartphone with you on the golf course. And if you fancy filling your time between shots, then you can search for Pokemon as you walk. Just remember to keep an eye on where your ball lands from the tee before you set off on your quest. You could find yourself distracted completely from a round by chasing Pikachu’s across the golf course, like this guy.

Pokéstops are a large part of the game too. These are helpful pit stops which hold useful items like extra pokéballs and eggs. When you’re near you can spin them and win. Now, because of the clever engine used to design the game. Many of these pokéstops will probably be located near or at your local clubhouse, if it is considered a local landmark in your town. So you may be in luck, and be able to replenish your supplies everytime you go out for a round. As if you need another excuse to head to the clubhouse!

Also according to a complete study conducted by online data specialists, the Silph road, grass-type Pokemon are 41% likely to appear on golf courses. As opposed to a 5% chance of encountering a grass Pokemon globally. For more about what you could encounter on your travels, check out their research.

For all the Pokemon No’s

Of course, not everyone has been so thrilled with the hype, and resurgence of the Japanese craze. So if you’re a Pokemon no, then you might be thinking how is this gonna affect my golf? Well, the most likely situation is that you may have a few more spectators at your rounds than you’re used to. So be careful with those hooks and slices and be prepared to shout Fore louder and more than often. As a growing population of people flock to open spaces, like golf courses, in search of Pokemon. So if you get a case of the yips on your next round then at least you have a new excuse, and something else to blame.