England are a nation of complainers, and it seems golfers are no different. We won’t stand for bad service. Research by Golfsupport analysed over 1000 TripAdvisor reviews written in the last year about golf clubs across England, found that poor customer service was the No. 1 complaint people had about their golf experiences. Check out the rest of our findings. 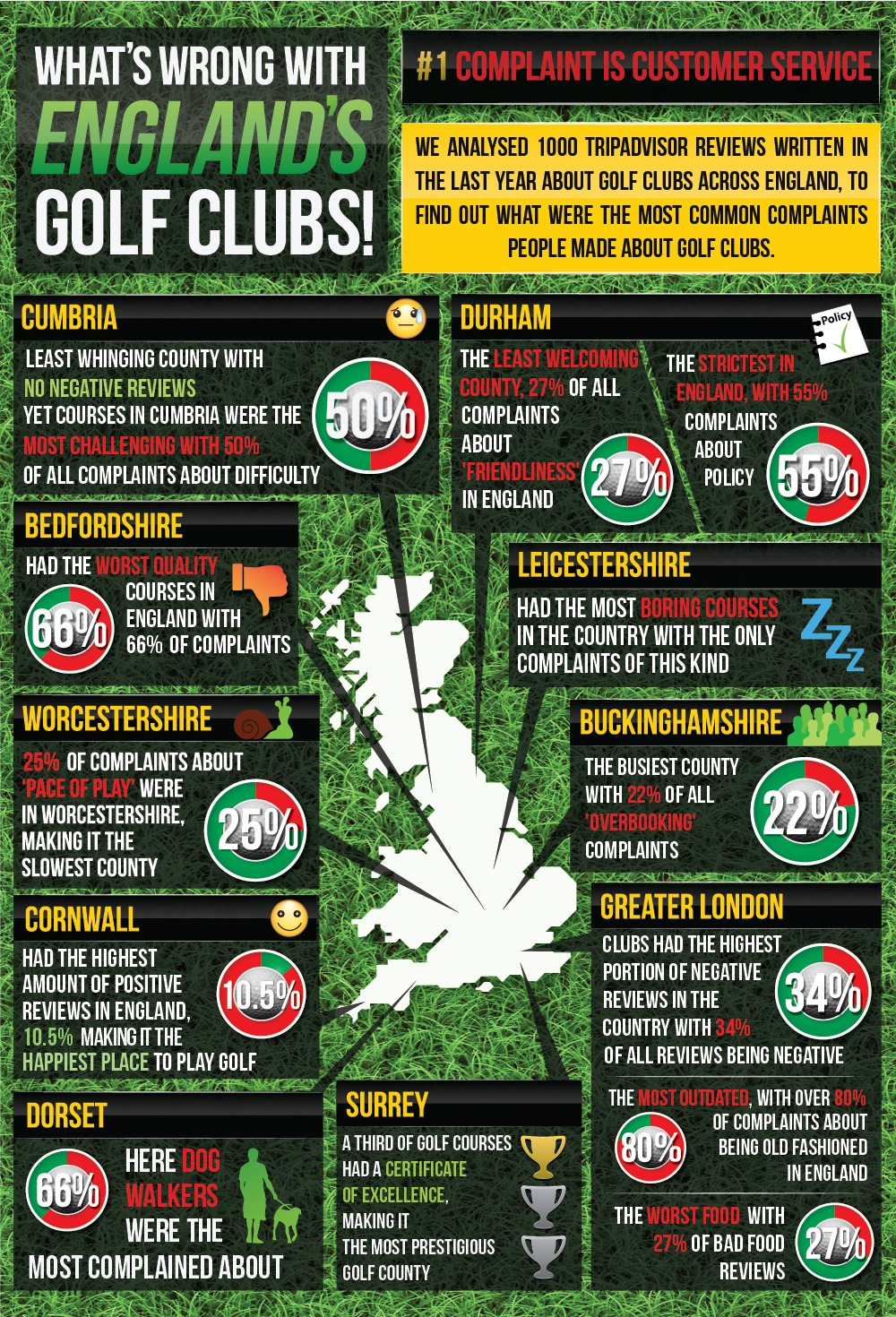 Please include attribution to https://golfsupport.com with this graphic.

Our results showed that poor customer service was the most common complaint made by TripAdvisor users over the last year. They accounted for approximately 32.6% of all complaints, which, was to be expected. So golf club staff in England are in need of a little training or motivation, because this is the biggest downfall, and one of the most common pitfalls in the services industry. Many reviewers claimed how they “would not return” following the poor service received, describing the behaviour of pro shop staff along with clubhouse waiting staff as ‘inexcusable’. This is the last thing the industry needs, at a time when golf club membership rates are in decline. 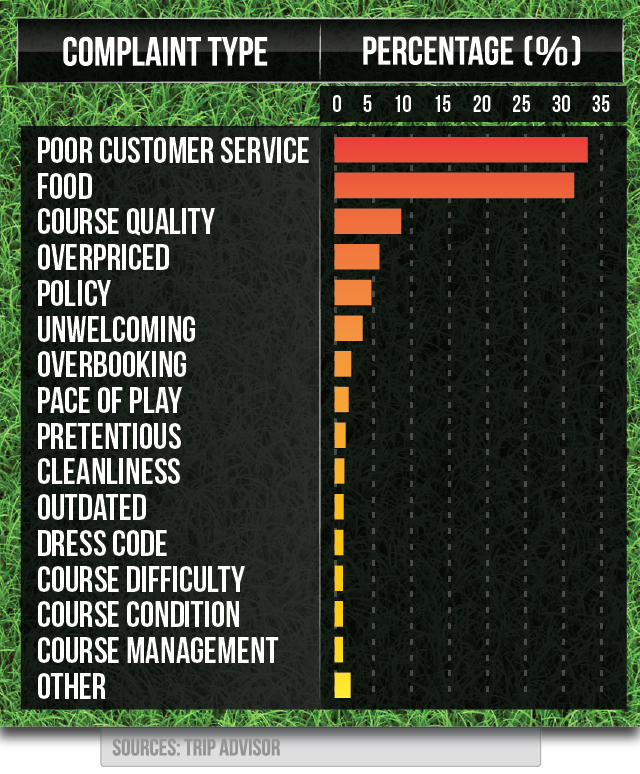 Food More Important Than The Golf

After poor customer service, food was a close second at 30.5% of all complaints. Who knew that the food, and not the golf was so important to golfers? This was more surprising, as we assumed golfers cared more about the quality of the course they were playing than the grub they were being served afterwards. But nevertheless, food was below par for nearly a third of golf club reviewers. And the worst food was found in Greater London.

The worst place to golf through complaints alone was Greater London. Golf clubs here received the highest proportion of negative reviews with 34% of all reviews. Greater London golf clubs also had the worst customer service, the worst food and were the most outdated of all golf clubs in England. We assumed that courses closer to the capital would be of poorer quality, as many of the links golf courses are commonly considered the best in the country and they are located along the coastal regions of England.