Callaway have a strong reputation for producing top quality irons with their recent efforts being extremely well received by the industry. It is now time for them to unleash the new Epic Forged steel-shafted irons which are considered to be the best iron they have made. The forged clubhead is made from carbon steel which has urethane microspheres within it. This not only gives tremendous feel and sound but it also absorbs vibration at impact to give the strike that every golfer craves.

There is a suspended tungsten core within the head which allows the company to position the centre of Gravity (CG) exactly where they want it. This gives optimum launch for every single club which can only enhance your game. The 360 face cup has a thin flexible perimeter rim that flexes at the point of impact to give greater ball speed which generates more distance with greater forgiveness. The mid to long irons in the set feature Variable Face Thickness (VFT) which gives better spin and control with a more consistent ball speed.

This set is available from 4 to SW for both right and left-handed golfers. They are not the cheapest irons on the market but they are pure quality. You get what you pay for... Buy today here at Golfsupport. 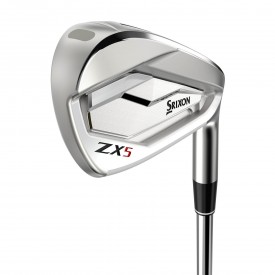