Titleist has been hard at work engineering and designing the very latest boundary-breaking TSi 2 Driver. Made from never used before materials in the golfing world! The new ATI 425 Aerospace titanium face technology is the first of its kind to be used in the golfing environment, producing blistering speed that is not just a tweak to golfing technology but a significant leap forward. The breakthrough face material and player-tuned aerodynamics propel the driver through the air as efficiently as is possible in today's world. High inertia properties produce an extremely stable clubhead, giving players more consistent speed and spin across the entire face for straight and very long drives that will disappear into the distance quickly.

The Tsi 2 Driver is aimed at players who are after pure distance and seeking incredible speed and accuracy across the entire surface of the face. The TSi 2 will give you the green light on the tightest of fairway tee shots. The new SureFit CG track design for advanced speed-tuned performance. The Tsi is simply better when it comes to the four basic fundamentals of driver design, distance, accuracy, looks and last but not least sound.

The first week that the Tsi drivers were introduced and made available on the PGA and European tour in early September, a total of 57 players immediately made the switch, with more tour players choosing Tsi drivers than any other model across both events. The following week at the US Open at Winged Foot, the Tsi driver was the most played driver model.

Justin Thomas said, “it was like a missile coming off the face” and couldn't believe how much it had improved from what was already the best he thought possible. ATI 425 is an amazing alloy that leads to a host of performance benefits, the incredibly strong alloy maintains elongation under very high stress, allowing the optimal thickness of the entire face that was simply not possible before. Increased ball speeds are observed over the entire surface and not just heel and toe strikes but low and high hits also. ATI 425 is not an easy material to obtain but benefits to the golfer go way beyond anything seen ever. The TSi 3 feels fast in the player's hands and is complemented by meticulous sound acoustic engineering that manages vibrations within the club's head to deliver Tour-quality sound that all golfers want and crave. The TSi 2 Driver face also features a new high-contrast graphic design that accentuates the face centre for ease of alignment.

The all-new head shape was Tour-requested and a softer toe profile that looks square at the address was born. While golfers often equate high Moment -of -Inertia with heel and toe forgiveness, Titleist's research and development department employ a more holistic view to MOI design. Both Tsi 2 and Tsi 3 models feature Titleist's SureFit hosel with an incredible 16 independent loft and lie settings, plus head-weight adjustability in 2-gram increments, ranging from minus 4 grams to plus 4 grams to create consistent player preferred ball flight through precision fitting. Every Tsi Driver manufactured to the very tightest tolerances and measured multiple times to make sure performance is at the maximum allowable limit.

Tsi shaft selection has been assembled to offer world-class options for every swing speed and profile preference. Players can choose between four high-performance shafts or upgrade to one of three premium shafts available through Titleist's new partnership with Graphite design. 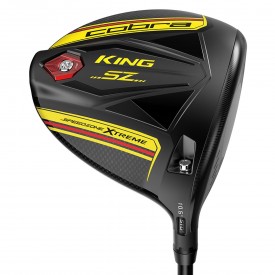