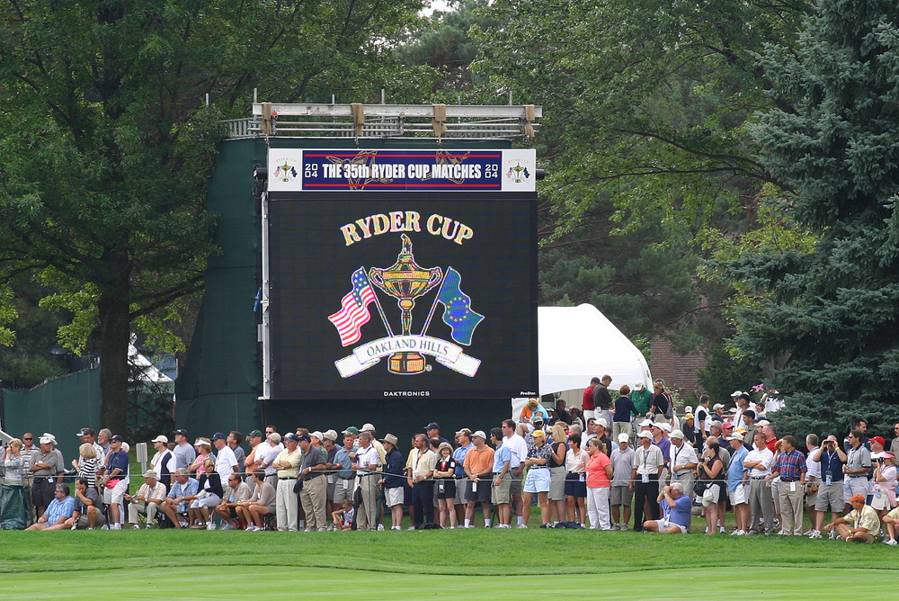 A fourth successive Ryder Cup victory for Europe was not to be. The United States instead managed to convincingly win their first Ryder Cup since 2008. 14 and a half points were needed for a clear win for either side but the United States inflicted heavy defeat, winning by 17 points to Europe’s 11 points.

This year’s Ryder Cup was played at Hazeltime National Golf Club, which previously hosted the 2002 and 2009 editions of the PGA Championships. There were a total of 12 players representing each team.

Singles Matches – There were 12 single head-to-head matches on the final day. Each match featured one player from each team, the player with the lowest score on each whole won that hole. If the scores were tied, the hole was halved.

Four-Ball Matches – Two golfers from each team competed against each other using their own balls, so a total of four balls were in play on every hole. Each team counted the lowest score from their two scores on each hole and the team whose player had the lowest score won the hole. If the low scores were even, the hole was halved.

Foursomes Matches – Each two-man team played one ball per hole and took turns until each hole was complete. The players alternated between hitting tee shots – with one player hitting first on even-numbered holes and the other player leading off on odd-numbered holes. The team which the lowest score on each hole claimed victory on that hole. If the scores were tied, the hole was halved. 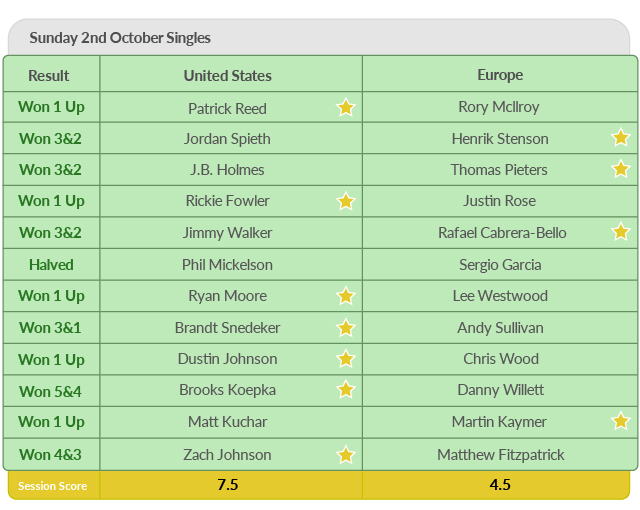