6 Golfers to Watch in the Future 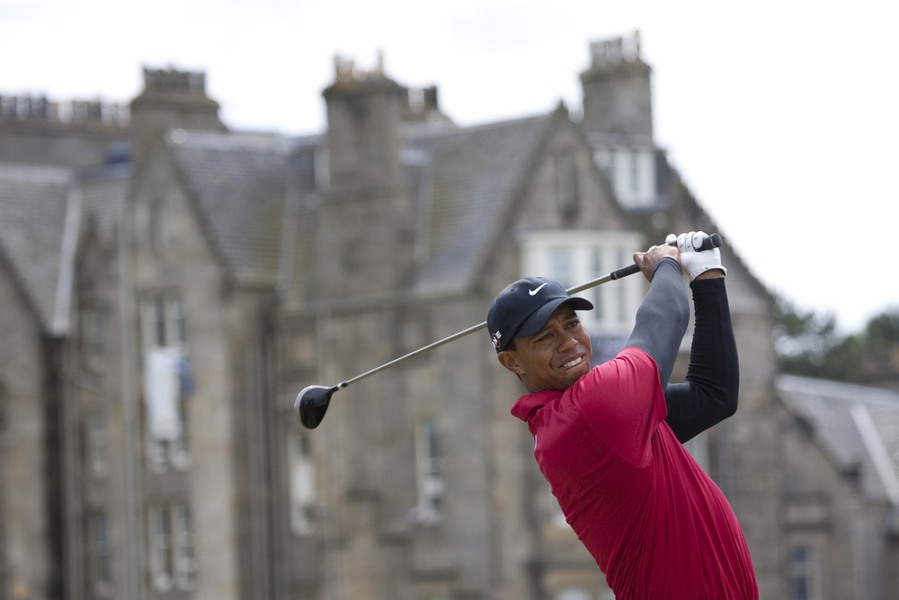 Tiger Woods is perhaps the best known golfing prodigy of all time – introduced to golf by his dad before the age of 2, and winning the Junior World Championship six times. But he’d better watch his step as some of these up-and-coming child stars may well steal his thunder…

At just 3 years old, Sevie Trowlen, from Country Antrim, Northern Ireland, is the youngest child in this article – but he’s making a big impact for such a little guy. He plays nine holes with his coach, Zoe Allen, who shares much of his progress on social media. He was invited to the Irish Open, where he hit balls in front of Padraig Harrington and other pros. So impressive is his swing, in fact, that Michelle Holmes, director of the prestigious Michelle Holmes School of Golf in Virginia, USA, invited him to attend an all-expenses paid two-week summer camp. “You see a lot of good kids, but this kid is pretty spectacular,” she says. “At that age, some 3-year-olds will come in and can barely put one foot in front of the other, but he’s got the physical development, the cognitive development — he’s just got the maturity level and of course the raw natural talent. At 3 years old you are usually just working on hand-eye coordination, when he’s playing to the ability of a 6 or 7-year old.”

Californian Lucy Li became the youngest qualifier in Women’s Open history when she won her sectional by seven shots – at just 11-years old. She celebrated by having dinner at her favourite restaurant and watching The Amazing Spider-Man 2. With plaits and a mouth full of braces, she was the second-youngest girl ever to compete (just pipped by Beverley Klass in 1967) and also holds the record for being the youngest qualifier for the US Women’s Amateur. She won the Junior PGA Championship in August 2016 and was on the winning team for the 2016 Ryder Cup. All this and she’s still only 13! The future looks very bright indeed for this pint-sized prodigy!

The grandson of PGA pro Jay Don Blake, 5-year old Trey Amico, from California, is another golfing face of the future. Last July, via a second place finish at the regionals in Las Vegas, Trey became the youngest player to ever qualify for the championships at just 5 years and 2-and-a half months – breaking Tiger Woods’ record. That was Trey’s 25th tournament – but life isn’t all about golf for this little bundle of energy, who also loves basketball and karate. His mum Jennifer says it’s an amazing life experience for him. “One of the best moments of today came from the 15 minutes these kids were playing on the putting green inside the ‪‬‬‬golfsmith shop here in San Diego,” she wrote on her Facebook wall. “These two boys, one 6 and one 3, from China had a putting contest with Trey and (the Amicos’ 4-year-old) Landon. They didn’t speak the same language, but they played together. They high-fived. They laughed. They competed. They had fun.”

6-year old Jaden Soong, from Los Angeles, California, is already famous for his sweet swing – a video of him playing golf posted by pro golfer Adam Scott on his website received over 50,000 hits in 2015. Jaden got his first hole-in-one aged just 5, and was the top scoring American in the boys 6 and under field in the US Kids World Golf Tournament last year, finishing fifth overall out of a field of more than 80 competitors.

This six-year old from the West Country first picked up a golf club on a family holiday in 2014, and loved it so much, he started having group lessons at his local club, The Kendleshire Golf Course in Bristol. He improved so quickly that he entered the Under 7s category in a local tournament in April 2015 – and hasn’t looked back since. His list of achievements to date includes third place in the Wee Wonders British Boys Championships at St Andrews, Scotland, and a very impressive first place in the US Kids Team (Pairs) World Championships in the 6 and under category. With a playing handicap of 27, Jaxson is looking for donations to enable him to continue competing all round the world – check out his website for more information.

Stockton’s Ben Brown, 9, is another young player who’s been tipped for big things. In 2014, he finished sixth in his age group in the Wee Wonders UK Championships at the famous Home of Golf, St Andrews, and came second in the Tiger Club Grand Final at Gainsborough. All of this despite the fact that Ben suffers from a severe sun allergy that brings him out in hives and causes sickness. However, his parents have found that a balance of two medications and prescription suncream alleviates the symptoms long enough for him to play. His mums says: Ben’s favourite golfer is Tiger Woods, but his biggest inspiration is his golf coach Charlie Tetlow!’.